Your enquiry was successfully submitted.

Are you willing to travel to sharjah" for this course?

Enquire from other institutes that offer this course

Enquire About These Related Coursesin Media, Creative and Design

Thank you for your submission.
A representative from the should be in touch with you within the next 24 hours.

Verify email to open dashboard and get AED 20 promo!

Unfortunately, you are not eligible to attend this course. Here are related courses you are legible for.
Related Courses

You may add more courses here,
your list will be saved.

Bobbi Hartshorne, Head of Career Guidance and Partnerships at Laimoon.com Bobbi has over 8 years of experience in course guidance in the UK and UAE. She can support you with finding the right course to suit your career ambitions.

'Corporate Governance' - why is it the new business buzzword?

The terms ‘ethics’ and ‘corporate governance’ are increasingly common in business circles, particularly in light of recent ‘poor’ behaviour by banks and other institutions. There are many possible definitions of these terms, but for our purposes, ethics refer to the principles that govern an individual’s behaviour, whereas corporate governance is the system by which corporations are directed and controlled.

It is assumed that all treasury professionals adhere to the code of conduct set down by their own professional body (for example, the ACT Ethical Code can be found at www.treasurers.org/professionalguidance), as well as to their personal ethical code. Therefore, in order to understand why good corporate governance is important to treasury and to the organisation more widely, this article will focus on corporate governance.

Why is corporate governance desirable?

Most businesses start life as small enterprises, with the owners also being the people in charge of day-to-day decision making. As a business grows, shareholders become separated from management as it becomes necessary for the owners to rely on managers to make decisions on their behalf. The separation of ownership and control can lead to the problem that those acting as agents (managers) for the principals (shareholders) fail to do so in a way that maximises the wealth of shareholders. This conflict of interest between managers and shareholders is referred to as ‘agency risk’.

Agency risk is: the risk that managers allow their own interests to interfere with their primary duty of acting in the best interests of the shareholders.

There are various ways of managing agency risk and encouraging managers to act in a more shareholder-oriented way. These may range from the ad hoc adjustment of remuneration policies, or the removal of managers who consistently fail to act in the interests of the shareholders, through to formal corporate governance codes of conduct.

Corporate governance can be defined as: a framework that ensures accountability, fairness and transparency in a company’s relationship with all its stakeholders (financiers, customers, management, employees, government and the community).

How has corporate governance evolved?

Development of legislation and general codes of corporate governance have tended to ‘follow the market’ in that each time there is a corporate or financial scandal or crisis of some sort, an enquiry is held and lessons learned. These lessons are translated into either new legislation or new clauses in a code of practice, depending on the perceived severity of the incident. For example:

Corporate governance codes of practice are designed to encourage responsible management by stipulating certain standards of behaviour (for example, by requiring the presence of non-executive directors on any board of directors) and by requiring companies to explain why they choose not to adopt such standards.

Many codes of practice are given greater weight by being incorporated into the reporting requirements of listing authorities, such as the London or New York Stock Exchanges.

In addition, a more formalised approach to corporate governance has resulted in the introduction of legislation with the objective of aligning as closely as possible the interests of individuals, corporations and society. The aim is to make it impossible for companies to act against the best interests of the shareholders and other stakeholders.

What does corporate governance mean for you?

Good corporate governance is a combination of appropriate cultural behaviour in an organisation, which is reinforced by adherence to regulation, legislation and codes of practice. Corporate treasurers should understand the corporate-governance regulations that apply in the jurisdictions where they operate. Both the organisation itself and the daily activities of treasury need to be in compliance with these regulations.

Sarah Boyce is associate director of education at the ACT

Discover the Association of Corporate Treasurers' Qualifications at Laimoon

If you need some extra information regarding the Treasury Courses in Sheikh Zayed Rd qualification and the courses we have listed, please feel free to email us at [javascript protected email address] 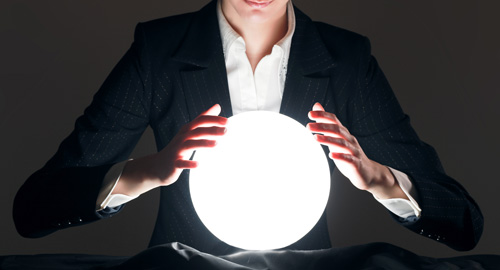 Need a recommendation on which course to take?

Ask us & we'll guide you

Thank you for your Course Enquiry.

We will email you the best course offers in your subject area. Make sure to check the email in spam folder in case. Add help@laimoon.com to your contact list to prevent spam.

We have a special promo for you today. Use code HELLO15 to get extra 15% off on online courses. This is for most course sold on Laimoon.