Thank you. You will be hearing from us soon We recommend you add @laimoon.com to your safe email sender list to prevent spam.

Are you willing to travel to sharjah" for this course?

Enquire from other institutes that offer this course

Enquire About These Related Coursesin Media, Creative and Design

Thank you for your submission.
A representative from the should be in touch with you within the next 24 hours. We recommend you add @laimoon.com to your safe email sender list to prevent spam.

Verify email to open dashboard and get AED 20 promo!

Unfortunately, you are not eligible to attend this course. Here are related courses you are legible for.
Related Courses

You may add more courses here,
your list will be saved.

If you want to learn to code, Python GUIs are the best way to start!

I designed this programming course to be easily understood by absolute beginners and young people. We start with basic Python programming concepts. Reinforce the same by developing Project and GUIs.

The Python coding language integrates well with other platforms - and runs on virtually all modern devices. If you're new to coding, you can easily learn the basics in this fast and powerful coding environment. If you have experience with other computer languages, you'll find Python simple and straightforward. This OSI-approved open-source language allows free use and distribution - even commercial distribution.

When and how do I start a career as a Python programmer?

Who is the target audience?

What will you learn

Job roles this course is suitable for:

Simpliv LLC, is a platform for learning and teaching online courses. We offer a rich variety of educational courses that have been prepared by authors, educators, coaches, and business leaders. Whether you're interested in healthy living, nutrition, natural healing, computer programming, or learning a new language, you'll find it here.
See all Simpliv courses
Already Enrolled Buy for someone else
Pay & enrol now

80% Off for Laimoon Users! Get This Deal
USD 15
USD 75
Already Enrolled Buy for someone else
Pay & enrol now
Money Back Guarantee
Earn up to AED 1,000 reward while you refer friends!

Did you know that, you can earn up to AED 1,000 while you refer friends and family to take a course through Laimoon? 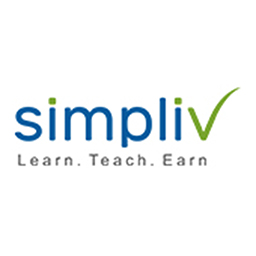 We will email you the best course offers in your subject area. Make sure to check the email in spam folder in case. Add help@laimoon.com to your contact list to prevent spam.

We have a special promo for you today. Use code HELLO15 to get extra 15% off on online courses. This is for most course sold on Laimoon.